Welcome to the Collected World O' Crap, a comprehensive library of posts from the original Salon Blog, and our successor site, world-o-crap.com (2006 to 2010).
Current posts can be found here. 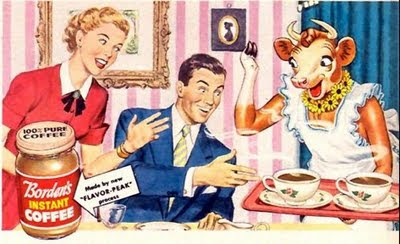 There are millions of other blogs out there, clamoring for your attention.  Why read mine? Here's why: because my blog is going to be about things we can all relate to.  You know, cheesy movies, annoying politicans, weird advertising, Ann Coulter.  And MORE!.  Yes, all the mediocre, uninspired, muddle-headed, and just plain wrong stuff from this millennium and the previous one will be our playing field.  And I, the Blogger With No Name who just road into town this weak with the naive and misguided impression I can clean up the town, will be your tour guide. To show what I'm all about, here's my take on the Bill O'Reilly-inspired Fox lawsuit against Al Franken:

Evil Queen Inc., originator and operator of the world-famous poisoned apples and magic mirror, is the owner of federal trademark registrations for the phrase "Fairest of Them All." Evil Queen has used "Fairest of Them All" to distinguish herself from everyone else in the land ever since her well-publicized marriage to Snow White's Dad in 1392 A.D. She has used various methods, including cursed corsets and suborned dwarves, to enforce her copyright and to scrupulously preserve her reputation as being supremely fair of face and form.  She has made it a goal to present herself to that supreme arbitrator of human beauty, the magic mirror, and let it reach its own conclusions as to her fairness.  Therefore, she has also made use of the phrase "I reflect, you decide." She is the most successful of all the fairy tale witches, and has been terrorizing small children in the movies since 1937.

It has come to the attention of Evil Queen Inc. that Fox News Channel (FNC) has been utilizing the phrase "Fair and Balanced" to describe its conservatively-biased news.  This constitutes copywrite infringement against the Wicked Queen's tradwork.  Fox's best-known on-air personality, Bill O'Reilly ("Stinky") is inextricably linked with Fox News and the "Fair and Balanced" trademark in the minds of the viewing public.  However, O'Reilly has only been terrorizing small children since 1998.  And he is decidedly not fair.  (As The Magic Mirror declaimed, "His face is flabby, he dresses vilely, His hair looks greasy, his name--Bill O'Reilly.)  He is not even handsome.  Nor charming.  The Evil Queen knows Prince Charming.  Prince Charming is a friend of hers.  And Bill O'Reilly is no Prince Charming.  He's not even a good Dopey.

Defendants' intent in using the Trademark in this unauthorized fashion is clear -- they seek to exploit Evil Queen Inc.'s trademark, confuse the public into thinking "fair is foul, and foul is fair," and accordingly, boost viewership of their news by making people think that O'Reilly is good looking.  This behavior constitutes willful trademark infringement.

Moreover, since O'Reilly's reputation as an wicked witch is not of the same caliber as the stellar reputations of Evil Queen's, any association between O'Reilly and The Evil Queen is likely to blur or tarnish Evil Queen's distinctive mark.  O'Reilly has recently been described as a "pompous windbag" and a "big baby"--not terms that one associates with successful evil queendom.  In a confrontation with his archenemy Al Franken, O'Reilly did not conduct himself with the dignity, sang froid, and dark intelligence that wicked witches and lesser supervillains should exemplify, and instead appeared alternatively apoplectic and whiny.  O'Reilly is not evil, he's just annoying and icky.  One commentator has referred to O'Reilly as a "pathetic old man who should leave evil and queendom to his meaner, more manly betters, like Ann Coulter."  In conclusion, it is clear that as a result of Defendants' actions, Evil Queen Inc. is irreparably harmed.  She seeks $1billion in damages and an immediate halt to Fox News Channel's use of her copyrighted word "fair" in their advertising.  She also has some magic dancing shoes that she wants Bill O'Reilly to try on.

What a world!  All of O'Reilly's beautiful wickedness being melted by a glass of water thrown by that meanie, Al Franken.  Tune in tomorrow for more crappy stuff.
Posted by Scott at 5:26 PM